What Are Vibratory Hammers? 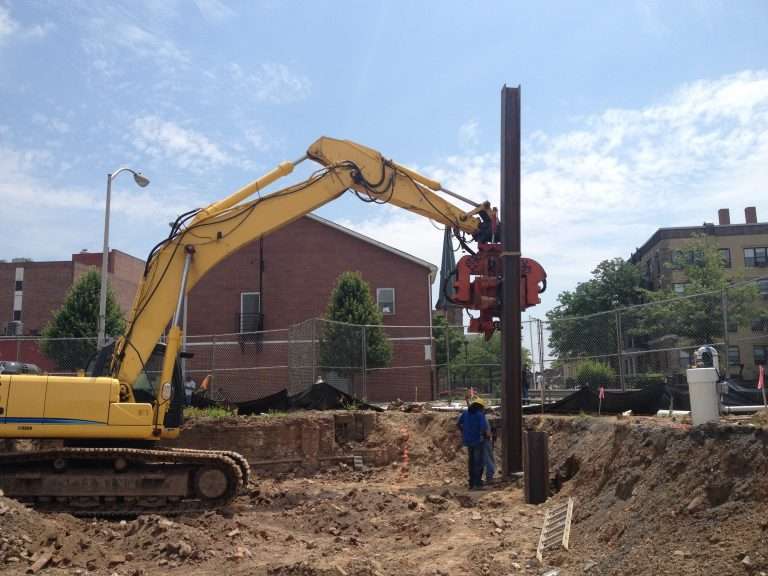 Depending on the scope of your pile driving project, you may need to employ vibratory hammers, even with a crew as small as two operators.

Some of the major benefits of vibratory hammers include:

While traditional pile drivers use a large weight dropped on the pile, vibratory hammers cut into the ground by vibrating at a frequency high enough to liquefy the soil. This causes the pile to slide into the ground.

Operators often compare the use of a vibratory hammer to drive piles with that of cutting through butter with a hot knife. 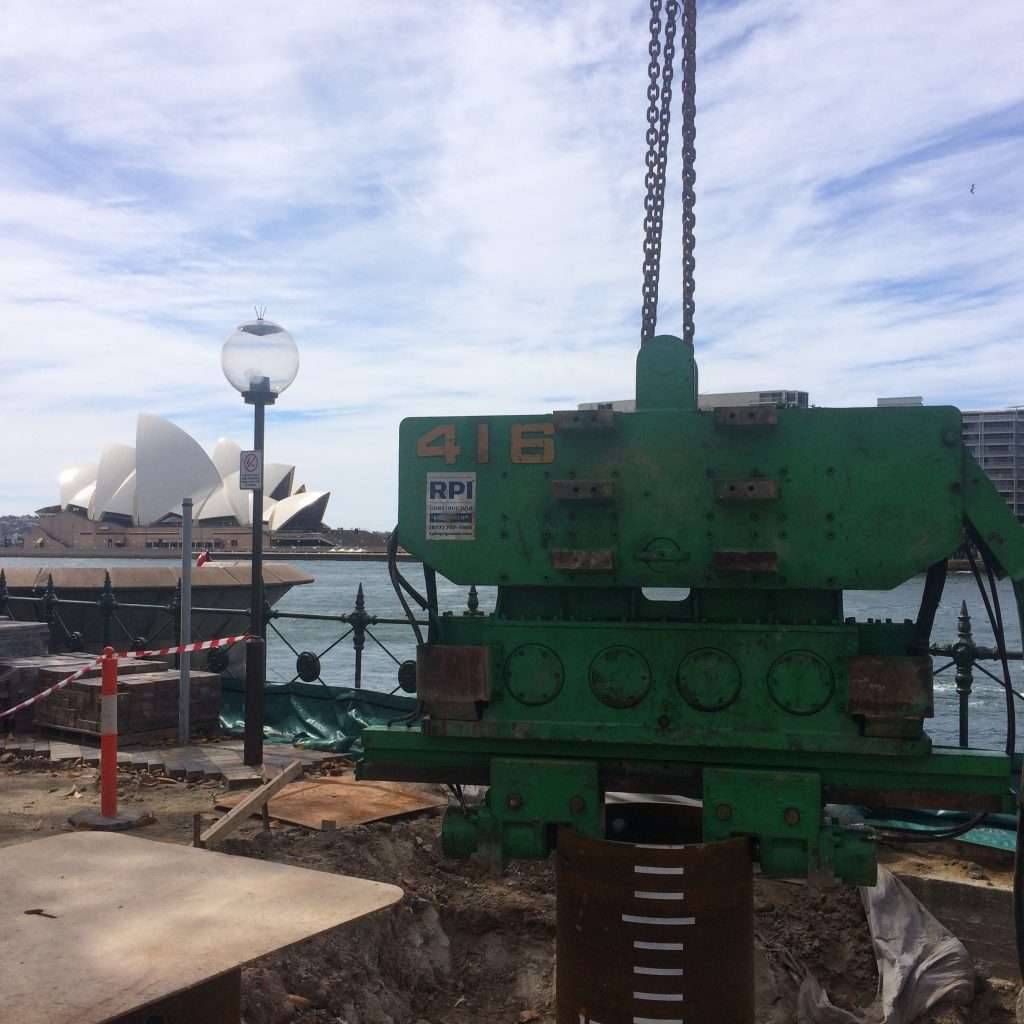 Using a traditional pile driver, it could take over an hour to drive a 100-foot pile; whereas, with a vibratory hammer, it could be driven in as little as 10 minutes – given the soil conditions are favorable.

MKT vibratory hammers can be used for a range of pile driving and excavation projects.

Operable with a crew as small as two construction contractors and a front-end loader, vibratory hammers are a dynamic solution that offer flexibility without sacrificing performance.

As with any pile driving project, the soil conditions will dictate the right choice of equipment for your specific project’s requirements. 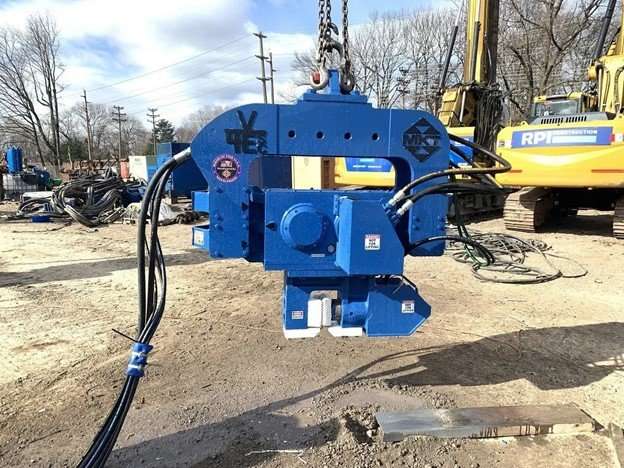 The Technology Behind Hydraulic Vibratory Hammers

While the technology for driving piles has been around since the 1930s, it didn’t gain popularity in the United States until the 1980s.

However, as contractors learn about the powerful and efficient solutions that MKT vibratory hammers offer, they are becoming one of the most utilized pieces of equipment for driving piles.

Another factor that has made this equipment so popular is its flexibility to fit into smaller spaces that are not accessible with the use of larger pile driving equipment.

Still, some critics argue that vibratory hammers have reduced axial capacities due to a loss of the load carried by the tip. Nevertheless, most industry professionals do not believe this to be significant enough to offset the gains in efficiency, speed, and lower costs compared to traditional pile driving rigs.

Vibratory hammers are also an excellent option for installing temporary piles or supporting excavation piles for an ongoing project.

Because they can drive and excavate piles, they are frequently used for projects, such as: 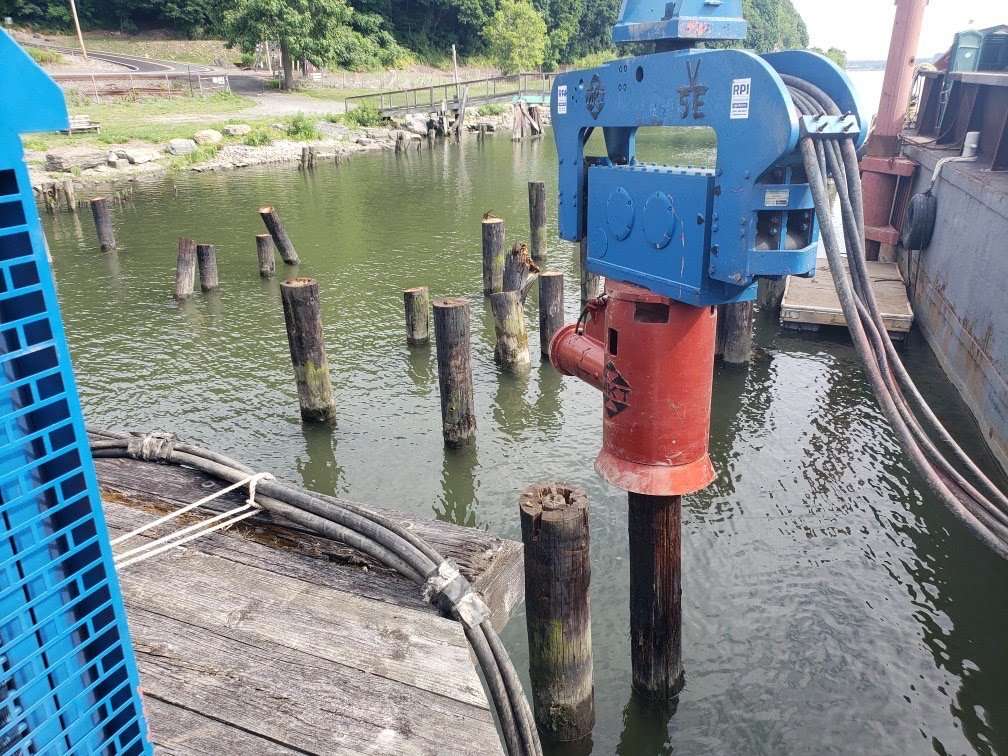 One consideration when choosing the best piece of equipment for your specific project is taking the soil conditions into account. Therefore, it is imperative to consult with your engineer and soil analyst before moving forward with vibratory hammer rentals or purchases.

Every new job presents obstacles and challenges. However, by utilizing the cost-effective and robust solutions offered by a vibratory hammer, you can hit your deadline and save on costs, labor, and additional resources.

Before assuming that you need an extensive crane-driven system or a traditional pile driving rig, explore all of your equipment options, including the use of vibratory hammers.