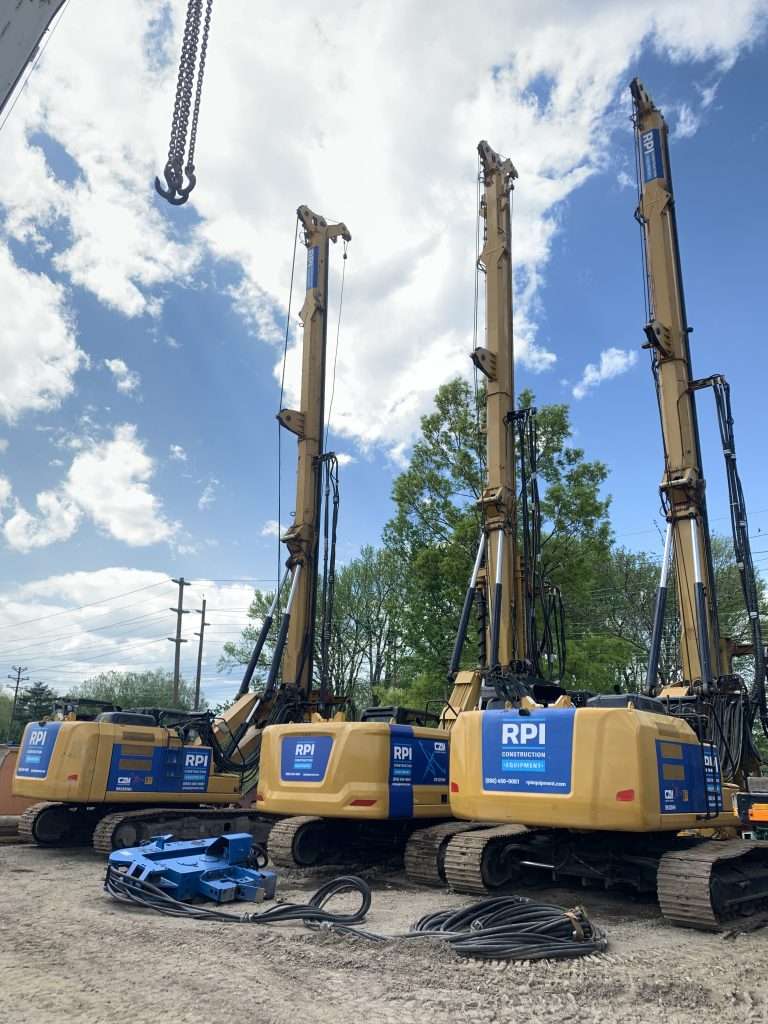 While no two pile driving projects will ever be identical, there are some commonalities when you begin to scope and estimate your project.

Due to the wide range of soil conditions and different pile depths that your engineering team can require, it’s critical to keep some of these standard rules of thumb in mind before exploring which equipment is suitable for your next piling project.

Having professional soil borings performed and analyzed for your site’s specific soil conditions is imperative to success. This core sample should be inspected and classified to conform with the Uniform Soil Classification System.

The geotechnical investigation is one of the most critical parts of your piling and project planning phase that should be taken seriously. 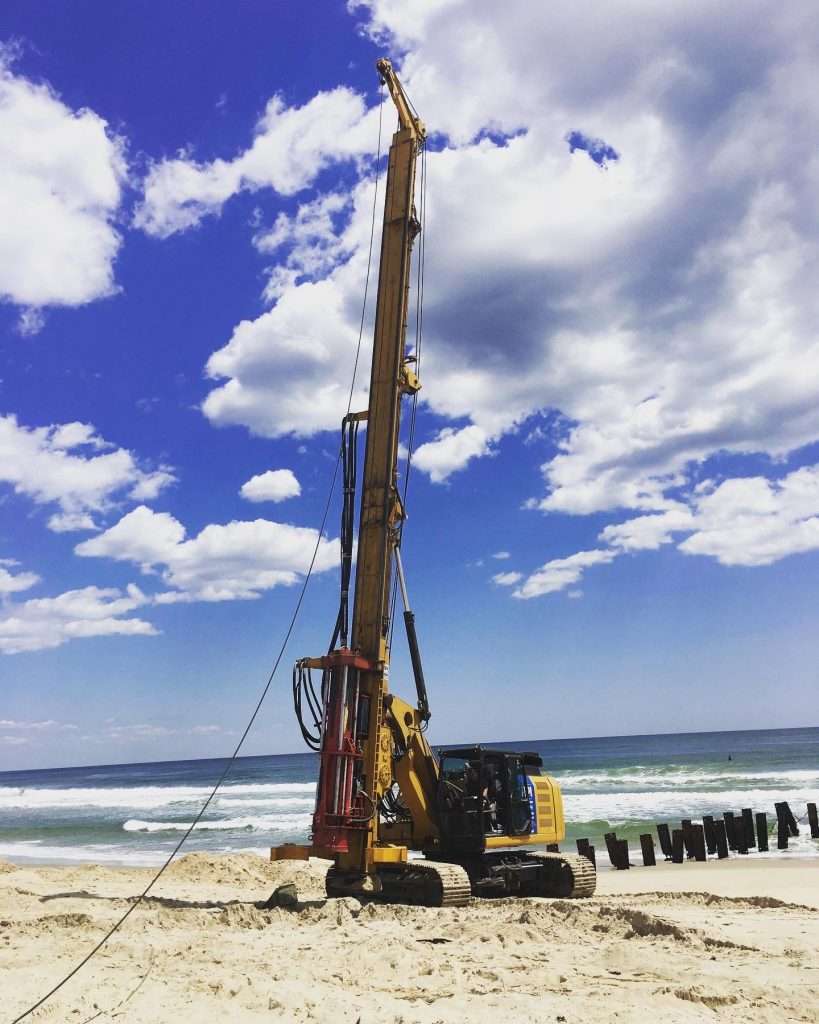 If you ultimately identify an air pile hammer as the right tool for the job, you then need to verify the ram to pile weight ratio and ensure that it stays between 1:2 and 1:1. Essentially, this means that you should never attempt to drive a pile weighing more than twice the weight of the ram. 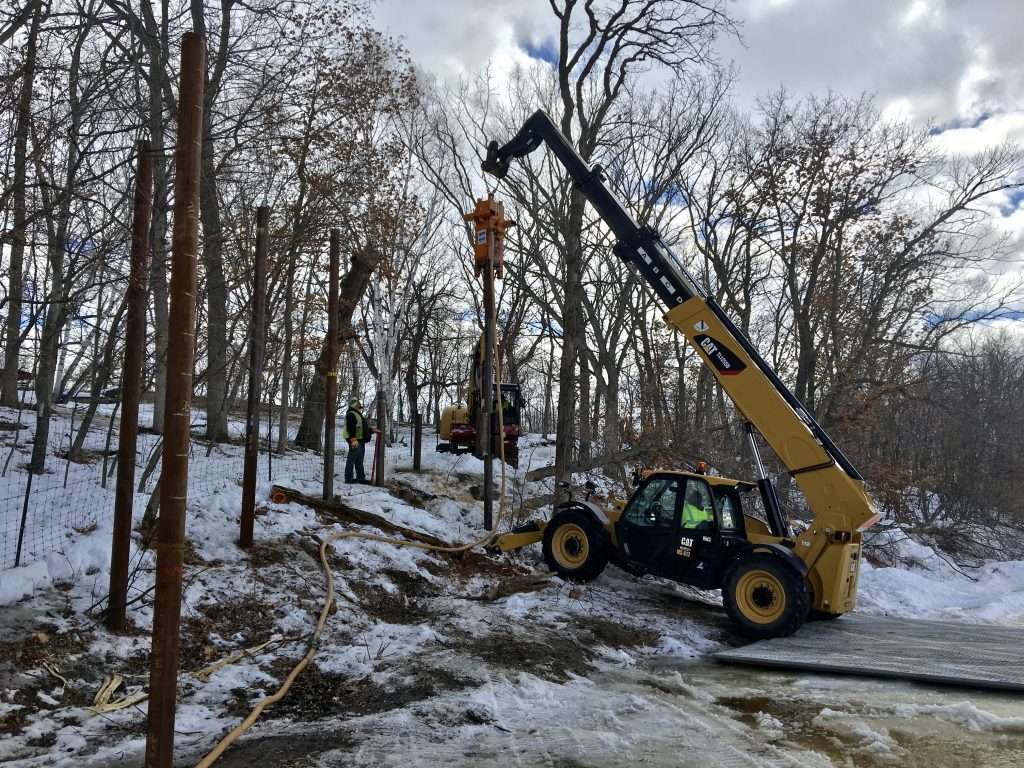 If you were to attempt to drive piles outside of these ratios, you would create the potential for dangerous malfunction. It will cause the ram to rebound more than intended which can disturb the timing of the pile driver and cause accelerated wear and tear or immediate failure.

Not only are these repairs costly, but they also create increased downtime, which may generate schedule issues for your project’s completion date.

Diesel Hammers can drive piles with weight ratios in the 1:4 to 1:1 range, which makes them more versatile than other pile driving solutions.

While they are a powerful option, they do present some environmental concerns and may not be suitable for use in more residential or central areas due to the noise they generate.

Also, diesel hammers create emissions that may not comply with local, state, or federal guidelines, so it’s best to inquire with local officials regarding any noise or pollution ordinances before you choose to employ a diesel hammer.

Diesel hammers also have a tendency to spray oil during operation, which can create issues on job sites in marine settings or that drain to watersheds.

Pile refusal refers to piles reaching their structural limits and generally occurs between 10 to 12 blows per inch.

Ensure that your ram to pile weight ratio will perform in this range to ensure a structurally sound and adequately driven pile.

The most common discrepancies in pile refusal occur when a hammer is either too large or too small for the pile.

With a hammer that is too large, the desired bearing is achieved with significantly fewer blows as low as one or two per inch. If the hammer is too small, it will require many blows per inch.

In either case, the calculated bearing will be significantly different from the actual bearing and can create piles that are out of level and in danger of critical malfunction in the future. You should stop driving the pile once it has been professionally determined that it is at practical refusal.

If a hammer is run past pile refusal, it can cause significant damage and lead to malfunction, costly repairs, and downtime.

Also, they should never be used to attempt driving piles in rock. Doing so will likely lead to excessive wear, malfunction, and improperly driven piles. 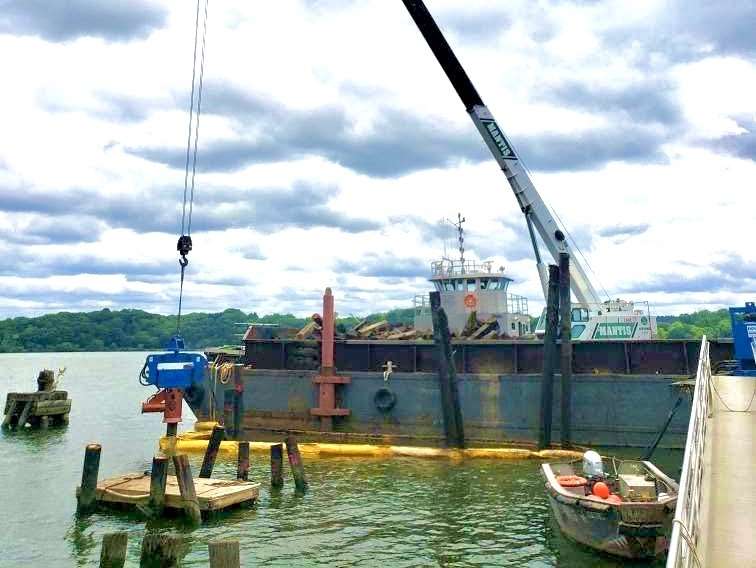 If you are exploring vibratory hammers, such as the MKT V-5E Vibratory Hammer for rent from RPI Construction Equipment, as an option, it’s crucial to obtain a professional core sample that is analyzed in a certified soil lab. The main goal of a soils report is to give detailed site information to be used in the project’s design to deliver properly driven piles and structural longevity.

The bore log will contain several pieces of useful information, including the types of soil, both cohesive and non-cohesive at depth, the depth of the water table, and the consistency of the earth.

This information will allow your engineering team to develop a comprehensive view of on-site conditions and pile requirements for your pile driving projects.